As you’ve probably seen plastered all over the GTA online community, the criminal mastermind challenge is a difficult endeavor to go through. Some have even said that “before you claim to be a criminal mastermind, stop to remember those friends who didn’t.”

Read on this complete guide to the Criminal Mastermind Challenge in GTA 5 to claim that hefty bounty of $10,000,000.

Scope out is the first setup mission for “The Fleeca Job” act that’s set on the premises after you’ve met with Lester at his garment factory. You have to get back to the apartment planning room, which is marked with an “H” icon on the Radar, to commence the setup.

While you’re in the apartment, you have to recruit another team member and drive him/her and Lester to the Fleeca bank located on the Great Ocean Highway in his car. Observe the bank for a while and then drive back to Lester’s garment factory.

On your way back, the non-driving player will have to perform a hacking minigame challenge on Lester’s software. The minigame requires a player to guide a moving line from the start point to the endpoint to successfully gain access to the system.

Upon completing the minigame, the player will also receive congratulations from Lester. Once you arrive at the Garment Factory, you’ll see that Paige Harris is waiting in a Graner with all the heist supplies that you need to deliver to the leader’s apartment to complete the mission.

The Kuruma is the final heist setup before “The Fleeca Job” act. Lester sources an armored Kuruma located in a multistory parking lot in Del Perro. On the team’s arrival, they’re asked to equip masks and keep a low profile until they reach the top floor, where the Kuruma is located.

However, a Kkangpae (South Korean crime syndicate) is guarding the vehicles situated between two trucks. Now the team needs to work together to successfully retrieve the Kuruma without any damage by killing the Korean mobster.

As you and your crewmates make your way out of the parking lot, you’ll be ambushed by Fugitives, and you have to make your way out through the main entrance, as both rooftop and stunt jump locations are blocked off.

Mobsters even pursue you on your way back to Lester’s factory. Contrarily, even after being warned by Lester so many times not to damage the car, it is automatically repaired in “The Fleeca Job” without any reduction in the payout.

This is the final premise of “The Fleeca Job,” and if you’re starting this for the first time, no leader set-up cost will be charged. As the mission begins, Lester will ask two of the crew members to steal bonds from a Safety Deposit box at the Fleeca in Banham Canyon.

Once the setup is completed, the two players will take on the role of Driver and Drill. In the default scenario, Driller gets 60% take, and the Driver is given 40% of the take, but you can always change the terms once the heist board is introduced as you finish it.

The driver controls the stolen armored Kuruma and drives it to the Fleeca bank along with the Driller. If he/she hasn’t completed the hacking minigame yet, the Driver needs to wait before starting. Once they arrive at the destination, they both wear a mask and enter the bank.

Inside the premises, the Driver takes down the security cameras and controls the NPCs. The players must make sure that they don’t kill any witnesses and prevent the intimidation level from dropping; otherwise, the teller will ring the alarm, and police will arrive on the scene.

On the other hand, the Driller has to complete a drilling minigame in which he has to drill through the lock of a Safety Deposit box. The player needs to make sure that they don’t push the drill too hard, else it’ll overheat and require a cooldown.

When the crew opens the box, they receive a three-star wanted level and try to return the Kuruma to a getaway guy waiting for you at the Zancudo Bridge, hired by Lester. The Driver has to match the speed of a Cargobob to get picked up by its magnet and get away from the scene.

The plane is the first setup mission for “The Prison Break” heist in which the crew is notified by Agent 14 that Vagos have a Velum 5-Seater at the McKenzie Field that’s being used to transport and smuggle drugs across the borders.

In this setup, there’s a Ground Team of three players and a pilot, who is also the host by default. The ground team needs to clear the airfield by killing Vagos members around the hangar’s front. They have to make their way to the airfield and help the Pilot to take the vehicle.

Agent 14 informs the crew about two waves of enemy reinforcements who arrive from numerous access points in the airfield. Once the pilot gains access to the airplane, they are instructed to leave the airfield and deliver it to a hangar at the Los Santos International Airport.

It’s important at this part for the Pilot and the Ground Team to coordinate, as it is quite hard for one person to detect all the enemies on the radar. Once the plane has been delivered to the reticle inside the hangar, the mission is completed.

In the second mission of “The Prison Break” act, your crew has to steal a prison bus and then use it to infiltrate the Bolingbroke Penitentiary and rescue Maxim Rashkovsky. During the mission, the bus is being relocated to Paleto Bay from the prison.

According to Agent 14, it is being transported to a high-level prison and has tight security around it, including a FIB vehicle and a Police Maverick. Your team has to take out all of them, which will then get you a three-star wanted level.

Also, the bus driver will attempt to escape, and you have to kill him in order to stop and invade the bus. Then, you just have to lose the wanted level by taking the vehicle off the main roads and delivering the bus to the scrapyard near Sandy Shores to finish the mission.

The station is the third heist set up for “The Prison Break” act in which agent 14 asks the crew to retrieve an inmate transfer as well as Rashkovsky’s Lampadati Casco sports car. To accomplish this mission, the crew has to split into two roles – the Cop Station and the Cargo Ship.

The Cop Station team has to steal a police cruiser in their preferred way and lose the wanted level. Then, they have to infiltrate the Mission Row Police Station and retrieve the schedule from the room near the entrance.

The Cargo Team, on the other hand, has to go to the Terminal and retrieve Rashkovsky’s car, kept under the protection of the enemy gang. Once they retrieve the vehicle, the team needs to drive it to a drop-off location at Sandy Shores.

However, they need to be careful as Fugitives will attempt to take out the crew and may even attempt to destroy the car. Once the crew delivers both the Casco and the schedule at their corresponding locations, the mission will be finished.

In the premises of Wet Work, you’re up for the fourth and the final setup for “The Prison Break” heist. The crew reunites with Agent 14 after completing the three previous setups in the apartment’s planning room. He briefs them about something before planning Rashkovsky’s escape.

To accomplish this fate, the team is divided into two teams – a City Hall Team and a Mansion Team. As the name suggests, the City Hall team is instructed to go to the City Hall and shoot the lawyers after they get out of their car and collect the deposits they drop.

Similarly, the Mansion team has to go to an outlook near the mansion in Richman Glen. Then, they have to silently navigate through Popov’s security and kill him without alerting anyone. For this, you are provided with a Pistol with a Suppressor.

Once the City Hall team has retrieved the deposits from the lawyers and the Mansion team has killed Popov, the mission will be completed. Upon accomplishing this mission, the heist finale, “The Prison Break” will be unlocked.

After successfully retrieving contracts from the lawyers and killing Popov, the team reunites in the planning room, where Agent 14 informs the team that a bounty is put on his head. Then, he briefs the escape plan for Maxim Rashkovsky.

For this, the team is divided into four different roles – Prison Officer and Prisoner, Demolitions, and Pilot. As per the plan, the officer and prisoner will get inside the prison to break out Maxim Rashkovsky, the demolition team takes care of the scheduled bus, and the pilot waits for evac.

When the prison group successfully rescues Rashkovskiy and the bus manages to exit the area, the Pilot is informed about the scenario and needs to find a place to land the plane and pick the crew up. Once this is done, he also needs to lose the cops and reach Palomino Highlands.

Lastly, as soon as the plane reaches the destination, a cutscene will be triggered in which the crew will leave the plane, and Rashkovsky will leave, taking control of the plane. In the end, they’re all at the Heist leader’s apartment, celebrating their victory.

While the Criminal Mastermind Challenge might be tricky for inexperienced players, those who have mastered GTA Online and hold a high-level rank will have no problem working through all the minute details.

With that in mind, we hope this guide has helped familiarize you a little more with the game. Maybe even get back into GTA Online and enjoy it a lot more than you did before! 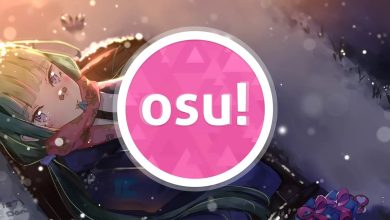 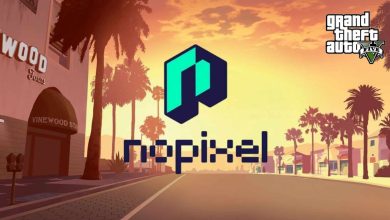