The gaming industry has gone too far. Remember the days when games used to spread on your screens. The era of gaming launchers just began after that.

Gaming launchers provide a number of benefits related to a gaming mode, which enables users to directly download, install and update games from there. Here we will read about various best game launchers for PC.

The launcher manages to keep everything updated and notified for you. Every different launcher has its own pros, cons, and distinct features.

Would like to show you some popular and advanced launchers which can be used on a daily basis to avail best gaming experience as a user.

Steam is one of the most popular gaming launchers at present, which offers various types of games for the user as per their matching.

The interface is simple and easy to handle. One can firmly access the store and gaming list by simply clicking on the tabs on the upper portion of the screen.

The gaming library is organized in such a way that users can search games alphabetically. The gaming library has various sections in the UI where it shows the most recent games, popular ones, and more. It provides a vast variety of games that are easy to locate and find.

Steam helps a gamer to interact with people playing the same or different games. One can easily connect to someone else by messaging just like Facebook or WhatsApp. It enables a new gamer to get in touch with like-minded people and be a part of the community.

The steam launcher is completely free. It has wide coverage in the gaming market, which replicates the kind of service and quality that software delivers. The user has to pay the amount for the purchase of the respective game.

The LaunchBox was a front end for the DOSBox emulator with a smaller objective. Over a period of time, the creators added various features step by step, which resulted in one of the most advanced gaming launchers available in the market. It even runs vintage downloadable pc games.

The LaunchBox does not carry automation features that other apps do carry.  It is suitable for people who seek customization.

It is tremendously configurable. Enable one to tweak and play with settings.  It is highly recommended to gamers who seek for latest and vintage games at the same time.

It is quite identical to the Photon game. Launchbox is partnered with Emumoives. Users can directly add logos, screenshots, and videos to the database. It will also help in knowing the platform and genre.

It also comes with a premium version, which consists of a big box mode that enables the home theater site of the user’s database. One can also change their window color theme, fonts, and style with various colors.

GOG – good old games, the name itself suggests what it was made for. It was purposely launched to provide DRM-free vintage PC games.

Users of GOG galaxy can easily import and transfer their games and console games under one set of libraries with various kinds of sorting options with a good interface. The main focus of the launcher is on its usage for gaming on multiple platforms.

The interface is handy and easy. One can simply keep his/her gaming library according to flexibility and variations, which allows users to put their games under a particular section.  The user can later filter it to find the requested game.

The launcher maintains the privacy of the user. It is highly valued. GOG ensures everything that a user does from chat to its gaming library, everything will be encrypted to the user and firm. It ensures there will be no data transfer or spying from the outside end.

The GOG galaxy also allows its user to get connected to the gaming community. Users can maintain a friendliness where you chat with other gamers and keep eye on what’s everyone else playing on their feed. The user also gets instant leader boards for more competitiveness.

Photon Game Manager is not a freeware software compared to other launchers like steam. It’s a paid version. Users can avail it on a demo basis for free which consists of almost 5 games.

The Photon gamer has an amazing graphical user interface. It makes your game collection look fab. It is also having a V4 version which runs with Linux and windows.

The Photon Game Manager has limited library space. Unlike the v2 or v3 version, it doesn’t offer free space for gaming databases. Users have to purchase a paid license key to get a bigger game library.

The software supports the addition of box art, game details, and banners of online databases. It supports emulators which ensures the smooth running of retro games from your photon.  It also gives a sorting option to your gaming library with filters.

In Origin, you get to see a variety of features, such as Electronic Arts creations, and gathering your friends in one place, the profile management game, Overlay Origin.

Truly one of the best game launchers out there, it has integrated cloud game saves, achievements, auto-patching, and more.

In Origin, you can enjoy them by integrating social sites like Xbox Live, Facebook, PlayStation Network, etc.

Users can maintain a friendliness where you chat with other gamers and keep eye on what’s everyone else playing on their feed. The user also gets instant leader boards for more competitiveness. It’s the best choice for game launcher users.

Microsoft has launched a beta version of the Xbox launcher with an Xbox game pass for pc users.  It directly takes into the current game surpassing the library.

It is also a launcher and a store, which doesn’t have a vast space but is good for decent gamers. The best thing is you can purchase games outright without availing of the subscription mode.

One can enjoy console games on their device. Users can enjoy hundreds of high-quality PC- games with friends. Users can discover their favorite games.

Xbox games study titles when they premiere, which is a good thing. Like other platforms, Xbox all adds new high-quality games to its collection for the user.

The functional part of the Xbox is not that good compared to other launchers with a short gaming library. Although, it has a text and voice chat service available for the users. Users can contact their friends having Microsoft accounts but unfortunately no option for discord.

The paid membership for the first three months can be availed at just Rs 50. The exclusive member gets a good discount on the deals with EA plays membership on pc without any extra cost.

If we talk about the best game launcher, it also includes the name Playnite, it is an application from which you can easily explore the entire library of games from its graphic interface and download them in one place.

Can run from Specifically focused on customization, cross-platform support, and high performance. With it, we can organize our games and start them more comfortably. It is free open-source software that can be downloaded from its official website.

Is a game launcher good for gaming?

If you are fond of playing games, then you must have heard about Game Launcher and also want to know whether running it is beneficial for us or not. This question must have come to your mind before downloading it.

So for your information, let me tell you that a game launcher is completely safe, you just have to see which company you are going ahead with, which game launcher you are using and you have to know all about it. The information must be known.

What is a PC game launcher?

As you know, Gog is a great game launcher, and for your information, let us tell you that it is a safe and legitimate launcher. You can take all the details related to this company from Google and only then install it.

You can search for game downloads on the internet using Google. Enter the word “Download” and the game you want to download in the search bar. The first 2 or 3 results that appear will be from websites that offer direct purchases. This is where you buy the game and download it.

If you love playing the games, and you are looking for a game launcher that can keep your games in one place. So that your game is safe or always up to date.

So about this, we have already told you about the best game launchers above, which you can use very easily. With the help of them, you can keep your game safe. You can download all this from Google, and use them. So I hope you must have liked today’s article “Best Game Launcher for PC”. 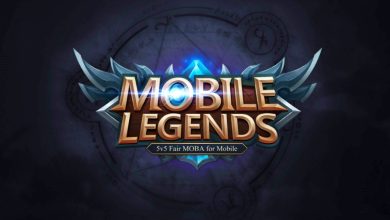 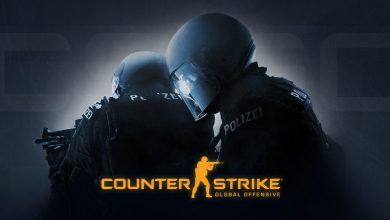 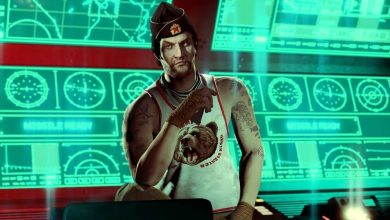 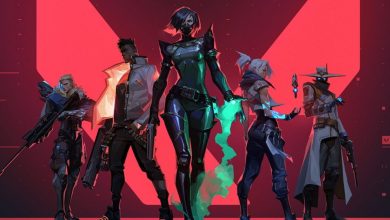