Counter-Strike is the holy grail of FPS games, with an entire generation growing up on its battlefield. From its fast-paced gameplay environment to the plethora of arsenal available to blow away your enemies, the sensational title has revolutionized the way people interpret gaming on PC.

Valve took it a step further by introducing the in-game economy concept with the release of Counter-Strike: Global Offensive. Fast forward to 2013, the “Arms Deal” update made it even more intriguing by adding more than 100 different weapon finishes, often termed skins.

Now if you’ve been playing CS:GO for a while, you may already know that these collectibles can be either achieved by clearing objectives or through containers, which adds up a sense of scarcity and makes them valuable enough to be traded on platforms like Steam.

Undoubtedly, the CS:GO Knives skins are the crowned jewels of these weapon finishes. Regardless of what primary or secondary weapon you carry, the melee weapon is always a knife by default. Landing a killer final blow with a knife draped in an aesthetically-pleasing skin is a whole new level of bragging, isn’t it?

That being said, we’re here to share some of the best CS:GO Knives available on the budget of a shoestring:

Cheapest Knives in CS:GO To Slay Your Opponents in Style

Available through the “Horizon” and “Danger Zone” cases, the Ursus Knife | Night Stripe features multiple shades of gray spray-painted on the entire body, including the handle.

Although the skin is valued most in “Factory New” condition, the field-tested variant too is considerably popular among veterans. Its float value ranges between 0.06 – 0.80, making it readily available in all conditions.

The Huntsman Knife made its first-ever appearance alongside “The Hunt Begins” update as a part of the Boreal Forest series.

With a classic forest camouflage pattern in brown, green, and khaki patches, it’s a great skin for tactical usage in combat.

In the “Minimal Wear” condition, you may notice certain scratches and abrasions alongside the edge and spine.

With a ferocious tiger-stripe pattern involving yellow metallic paint and brown stripes, the Navaja Knife appeared first in the “Seeing the Light” update.

It also conceals a small tapered blade and most part of the handle is unpainted, which gives it a rather old-school look. You can also get a StatTrak version of the Navaja Knife for the “Factory New” exterior.

The Gut Knife is popularly known for its gut hook on the spine that not only makes it interesting to gaze but also allows it to work as an aid for field dressing games.

Obtainable under eleven different containers, the skin is quite popular in CS:GO with a good daily sales volume and price fluctuations.

Moreover, it is painted in an Anodized Multicolored style with a candy coat applied in a multicolored pattern.

An Italian-style stiletto switchblade knife featuring a spring-loaded blade that deploys in a snap with the push of a release catch.

The guard and the blade of the knife reflect a bold matte-black paint with a purple handle. Achievable through the “Prisma” case, the knife is often seen as a popular skin because of its elegant design and rarity in the game.

The Flip Knife has been a favorite in CS:GO player inventories from Day 1. It’s not something that you can see very often, but when you do it’s breathtaking to look at.

As with all knives, luck is definitely involved – the boxes which contain them are extremely rare and paying isn’t an option for most players.

Moreover, as the blade is cold blued, its pale purple, blue, and green areas sometimes glow with power, and traces of patina are also visible. However, the handle remains unpainted.

The blade of the knife and the front part of the handle are adorned with a pattern reminiscent of smoke. The color scheme on the skin blends yellow, blue, and red shades, creating a gradient from dark to light.

At areas worn closest to the maximum, scratches and abrasions are visible on the spine and on the front end of the handle.

Knowing which knives you want to buy is important, but knowing how much to spend on them is just as vital to your success.

Hopefully, this article has given you some insight on the various knives available to you in CS:GO and maybe even helped you choose your preferred weapon.

Regardless of your involvement in the game, we are sure that you’re looking forward to adding a few new knives to your inventory, especially one that could match your budget.

How to Allocate More RAM for Minecraft? 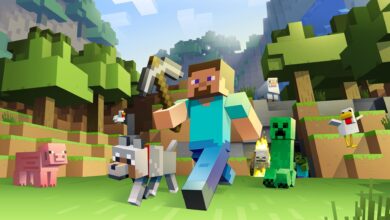 How to Unban Someone on Minecraft? 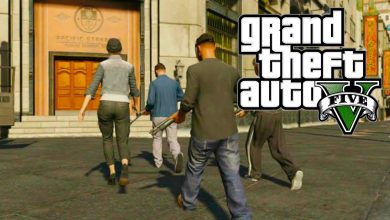 How To Start Heist In GTA V? 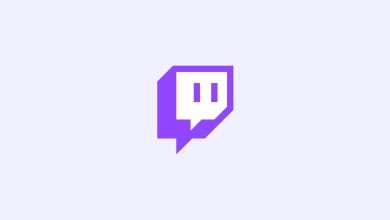