Call of Duty is one of the free-to-play battle games in the market. The series has been well-designed by Infinity Ward and Activision. However, like any other game, even call of duty also comes with its own set of glitches.

While playing Call of Duty Modern Warfare 2, many players have reported that they have faced Dev Error 5573 on Xbox, PC, and PS4 consoles. There are many reasons one might be seeing this error while playing the game.

Dev error 5573 means unreadable game files or corrupt errors in the game. Most of the time, players have faced this issue while using tactical grenades. Before moving into the game, if players use tactical grenades, this error will not occur.

Players are booted out of the game, and the entire game gets crashes when this error occurs. The developers of Call of Duty have constantly been working on fixing these issues.

Since many assets and proportions are involved in the game, it is common to face errors like dev error 5573.

Cold War items are a Part of Loadout: Many Cold War items have led to dev error 5573 in the game. Of these items, Pellington and FFAR are the two most common guns causing the 5573 errors in the game. If you have these guns in your arsenal, it is recommended to remove them from your Call of Duty Cold War.

Cold War Operator: If you are using an operator that belongs to Cold War, you will likely see the dev error 5573. To fix this dev issue, changing the active operator to Warzone is recommended.

Insufficient Bandwidth: Sometimes, the players might face consistent errors in the game due to insufficient bandwidth. For this, you need to first check your broadband’s speed and the strength of the Wi-Fi signal. If the Wi-Fi signal is poor, using the ethernet cables and testing the game on a LAN connection is recommended.

Corrupted Game Files: This can be one of the last reasons for the dev error 5573 in Call of Duty. If the game files are corrupted or inconsistent, you might see this error popping up consistently.

Update the Game with Latest Patch

Online multiplayer games need constant updates and stability. To ensure the game runs smoothly, the game developers often release patches. These patches will fix all the bugs and glitches present in the game.

Always look out if there is any latest patch available for the Call of Duty game and update it. This process is very easy for PS4 and PC.

However, the users need to go through the patch notes before installing the latest version because the new patches might sometimes lead to new errors in the game.

The hardware in most PCs plays an important role in playing the games smoothly. While playing graphic-intensive games like Call of Duty Warzone, the same applies.

You need to ensure that graphic card drivers are up-to-date to get the best gaming performance.

You can also install third-party software like Driver Booster 7. This tool helps in scanning your PC and updating the drivers immediately.

Once you update the drivers to the latest version, reboot your system and see if the error is still popping up or not.

Scan or Repair the Corrupted Files

Apart from the driver updates, players need to scan and repair the game’s corrupted files (if any). In case you see the game crashes in between, then most of the time, it is due to the corrupt game files. These files can also corrupt the core game files.

Sometimes, if the core game files are corrupt, you might also see there are game launching errors. To fix this, you need to click on the game ‘gear’ icon (when the game is not running).

Now, open the drop-down and click on ‘update the game.’ Now, check for file verifications by clicking on the ‘Scan and Repair’ option to restore the deleted files.

Hence, it is recommended to avoid these operators while playing Infinity Ward. The same operators cause an issue in the PS4 console as well.

As per the Discord community discussions, most players reported that switching to the Windowed mode helped solve the error code in the game.

By switching to the windowed mode, the graphics in the game will not be compromised. Once the resolution of the game is refreshed, you might see that the dev 5573 error will be solved automatically.

Shaders play a crucial role in the rendering technology of the game. Whatever you see visually while playing the game is because of these shaders. Re-installing the shaders can help you to load the game properly.

To re-install the shaders, it is recommended to go to the ‘Settings’ of the game and navigate to the graphics tab. Now, select the ‘restart shader installation’ option.

Once the restart is done, it fixes the in-game textures. Since the size of the Warzone game is too big, restarting and installing the shaders might take about 30-40 minutes.

Rebuild the Database (For PS4 Users)

This method is dedicated to PS4 users. By rebuilding the database, the cache gets cleared, or any other non-existent files get removed. Here is how you can rebuild the database:

If the above fixes do not work, try using the LAN cable to play the game. The bandwidth of your internet connection also plays a crucial role in fixing this dev error in the Warzone game.

If the Wi-Fi signal is poor, try using the LAN connection and see if the latency is low and if there is no lag in the game.

These are some of the common solutions that you can try to fix the dev error 5573. In most cases, it is the operators or the Cold War items that cause this issue in the game. 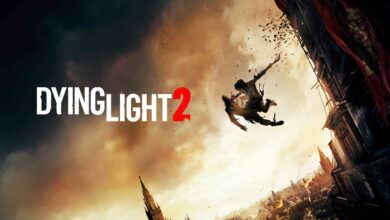 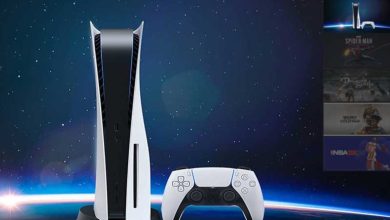