Are you looking to customize your GTA V RP gaming experience with some Indian languages and setups? Besides, are you residing in India, and what faster connectivity for seamless gaming?

Several people are looking to feel the need for an Indian server for the game. So there are many chances that you are one of them. When you are hunting for the best GTA RP servers in India, we have covered you all with it!

There are several GTA RP servers but finding an Indian one that deserves your hard-core gaming is daunting. We have handpicked and selected the best ones, let’s ponder it!

How about a legendary GTA RP server venturing for Indians?

If yes, then NoPixel India should be your go-to choice!

You must have heard about NoPixel and its huge demand. For seamless gaming amongst localities, it’s here with an Indian server. The best part is that from enjoying its roleplaying in light of variable characters, you can also create one. Yes, you heard that right!

You can also create your custom characters with it in GTA RP. Thus, you can dive into the world of GTA with your stellar yet creative characters. Besides, amongst Indian players, you can better understand coordination. The GTA role-playing server also hosts tournaments frequently. It’s a venture to popularise and grow India’s gaming world.

Besides, Indian gamers get an opportunity to show off their gaming skills, improve upon them and flaunt them amongst friends. FPS games are not as popular in India as in other countries. So, its developers also aim to give more exposure to the players by conducting large-scale tournaments.

Are you looking forward to indulging in the most authentic GTA RP? This server is all you need! With the most massive players joining, the platform is not only popular but also, there’s an extensive waiting list.

So, getting allowed would be pretty time-consuming. Further, you will have to donate to the developer to get into the whitelist. What are you waiting for?

Joining the NoPixel India server will follow a similar pattern as that of NoPixel. You will have to join the Discord waiting list. Further, you will have to fill out a form, and the servers are pretty strict in allowance.

Besides, with considerable demand, you will have to donate some pennies to get whitelisted. Not much is known about it, but its rules are stricter for quality assurance.

How about an Indian GTA RP server that also emphasizes the aspect of esports?

If yes, then VLT Roleplay is a must-check on your list!

Velocity Gaming, known for its incredibly popular VLT roleplay, decided to upgrade its GTA RP server. It’s for the players on the platform so they can level up their gaming skills.

Further, it will also provide a rich gaming experience. To achieve wonders, it has teamed up with S8UL for a more improved Indian GTA server.  And it is supposedly to be the biggest RP servers in India.

Hence, it will give you a decadent indulgence in GTA roleplay and make it more competitive. Thus, you can unleash your gaming skills to the fullest. Further, the server will give you new dimensions and perspectives for the characters you would get in with!

To join VLT, there are two options available Standard and Premium. To proceed, you must visit its official website. Ensure that you have a Discord account and Steam Profile link. Apart from the interview, the Standard option available would be free to join; else, you have to Apply for Premium.

You, as a hard-core gamer, can do wonders when it comes to developing something to enhance your gaming experience! It’s because you can better comprehend what you want and what you would find intriguing. Similarly, Dynamo Gaming, a top-rated YouTube channel, has developed Hydra Town Roleplay Server for India.

Meeting the gamers’ needs, and presenting some bizarre yet worth playing setup, has fetched it a vast fandom. Therefore, over 4-5k gamers are using it. These include commoners and some versatile aiming world personalities like Dynamo, Logan Gaming, and ROCK3T.

Playing with natives is always fun. However, it can be embarrassing and often absurd when someone uses way too offensive language. So, if that even bothers you, it will relieve you.

This is because Hydra Town Roleplay Server (HTRP) is family-friendly. Thus, you can indulge in its rich gameplay and native and friendly language without offensive language. Similarly, you should take care of your conduct also.

Dynamo, the person behind HTRP, wants to make the server accessible. Hence, it is free to join, and getting whitelisted depends solely upon the interview. To get into it, tune in to its Discord.

Is NoPixel’s waiting list too long? Do you have a slight chance of being allowed? In either of the cases, you need an alternative.

There are plenty of them available, yet you would want one which works as well as NoPixel India. The Legends Roleplay or TLRP is your ideal choice when that’s your concern!

It’s the first Indian GTA RP Server that’s renowned worldwide. Legends RP has a variety of game servers for different games. With proficiency in developing such servers, it stands amongst the top servers in Asia.

And it is developed and maintained by a set of famous YouTubers, like Sheeman Legends, Garuda Gaming, etc.

Thus, its popularity is evident from the fact. Further, its interview is to the point, which ensures greater transparency. It has strict norms for spammers to protect its community. So, it has all you need and is thus the best NoPixel India alternative.

Though a NoPixel India alternative yet don’t have to donate to get whitelisted. You must ensure that you comply with the server protocols and that your actions don’t threaten the gaming community.

How about on an exciting venture as a fisherman, poultry farm manager, or miner?

That sounds pretty interesting, especially in an Indian dwelling in a rural setting. A further ado will be if it allows you even to be an undercover agent in the role. With a great community of nearly 24k members, you can participate in massive events and even team up for work.

There are greater chances that its servers will accept you. All you have to do is visit its official website and discord server. Further, fill out the form, and you might be informed of an interview later.

Its community is significant, so there are two options for getting whitelisted. Either apply Standard or a Donator Whitelist. The former is free, while the latter requires you to donate some pennies to the server.

How about joining the largest GTA RP server in India?

If yes, then Legacy RP is something that you cannot miss out on!

With its remarkable features and gameplay tailoring to a player’s requirements, you can enjoy a new experience.

Moreover, with frequent gameplay updations, monotonous gameplay will never be an issue. There would always be something new to explore.

GTA gamers like RakaZone Gaming and SKplz are also enjoying the game. It clearly illustrates how enjoyable the server would be. So, what’s remarkable you are waiting for?

It’s noteworthy that some players previously reported that the game servers don’t focus much on the roleplaying aspect. It implies that it does focus on gameplay but not on the perception of RP.

Legacy Roleplay is quite strict with the rules and regulations for people joining in. Therefore, getting whitelisted is not easy, and you must wait longer.

So, before getting started, you can read the guidelines and apply. Further, third-party communications like Discord aren’t permitted when you are using the server. You don’t have to pay to get whitelisted.

Are you looking for a story-format roleplay game?

TwitchRP is an Indian GTA RP server with the tagline “Where Stories Begin.” This is because it begins the era of a new world wherein you could immerse yourself in a rich story. Playing as a new character would be more fun.

The developers take special care not to ruin your gaming experience. For it, they have special rules. Some ethical gaming roles include that actions like shooting on site would be initiated verbally. No gamer can aggressively make a surprise attack.

Further, you can’t join TwitchRP if you are below 18. The platform is well known for its different servers of several games and won’t disappoint you.

The TwitchRP server operates via Discord; hence you need an account. Further, there’s no mandate to donate to the community to get allowed. They approve of gamers without any bias. All you have to do is abide by the rules and give your best in the interview.

Are you searching for the most popular GTA RP server in India?

If yes, then Indian Roleplay Server is what you need!

Its popularity is apart from the fact that daily, about 2.5k gamers join it. With such a vast community, IRPS developers make the best efforts to enhance your gaming experience.

Besides, different roles would have never been so fun until this. It’s because its crew solely works towards the RP aspect, which ensures that it serves your purpose well.

Though a busy server yet popular gamers haven’t joined it. So, it’s a brilliant opportunity for you to shine amongst others. You can also customize your fashion sense and mimic your preferred story.

It’s not been a long time since the IRPS server’s launch. So, there are more chances of getting whitelisted. Additionally, you don’t need to donate anything to be allowed.

While finding the best GTA RP servers in India might have seemed a hassle, our picks would have helped you a lot.

When you want the most fun and love interacting with YouTubers, then VLT roleplay would work the best for you. For a legitimate story-like experience, TwitchRP is our only choice. Further, Legacy RP is another asset. 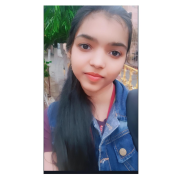 What's around you? How carefully do you observe? Well, I am a keen observer inclined towards comprehending things around me. A tech freak and logophile stepped into the world of Content in 2020. My vivacious skills help me dynamically adapt and flexibly nail everything I do! Peace☮ 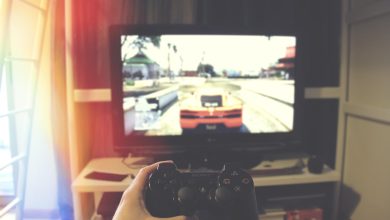 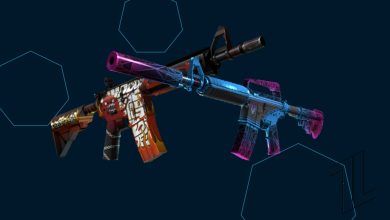 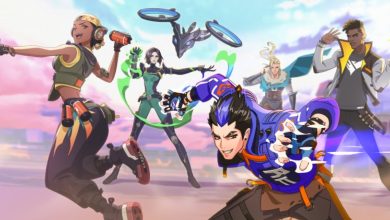 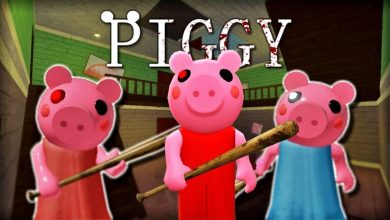