It not only enhances the gameplay by bringing in new opportunities but also makes the entire genre a lot more interesting.

With updates being rolled out frequently, VALORANT’s meta is constantly evolving and featuring new maps as well as various agents to choose from. Moreover, every VALORANT agent is different in terms of abilities and effectiveness on a particular map.

Presently, the game has a rich set of seven different maps, each with unique objectives to encourage players to identify ranging skills and styles to win, and 18 agents with specific abilities that suit some maps more than others.

In this blog post, let’s take a look at the most effective agents for particular VALORANT maps that’ll help you make an informed choice while playing your next game of VALORANT.

Currently, there are a total of 17 agents for you to choose from in the game. They’re classified into four different classes, namely Duelists, Initiators, Controllers, and Sentinels. Let’s take a look at each of these classes in a bit detail:

Duelists are considered the hard hitters of the team as they have to engage in fights early in the game and slay their opponents to make way for the rest of their team. They’re mostly equipped with skills that allow them to deal with the damage, engage in team fights, and escape.

The main goal of an initiator is to prevent and drive away enemies from their part of the map. They are required to help the rest of the team by securing entryways and letting their team reach the bombsite without any threat wandering into their head.

Initiators have certain interesting abilities, such as recon, that help them keep an eye on common hiding spots across the map. Four initiator agents are in the game, namely Sova, Breach, Skye, and KAY/O.

As the name suggests, controllers are responsible for blocking various spots on the map to help their team enter the enemy’s territory safely. They can easily take control of the desired area using skills like walls, smokes, and molly. Some controllers can even block off vision in particular areas on the map.

In VALORANT, you can find four controllers: Omen, Viper, Astra, and Brimstone.

Sentinels are one of the most influential agents in the game that have two major responsibilities – to offer support to their teammates in need and to guard against bombsites on their own. While they take care of the bombsite, other players can navigate to other lanes and finish different objectives.

Moreover, even if the enemy team tries to attack the bombsite with multiple players, Sentinels can use their various skills to keep them held for a while and get some time for their teammates to rotate around the map and help the Sentinel.

There are four powerful Sentinels in VALORANT: Sage, Killjoy, Cypher, and Chamber.

Best Agents for Each Valorant Map

As stated above, each VALORANT map consists of several unique features that make it different from the others- and that’s not just limited to the layout changes. There are seven different maps in the game: Ascent, Bind, Split, Haven, Icebox, Breeze, and Fracture.

Let’s take a look at each of these maps as well as the agent that best fits the bill for them in detail:

Ascent is the very first map to be released for VALORANT, which features a traditional two-way bombsite with a middle lane. Based on the designs of the buildings on this map, it appears to be set in Venice, Italy.

The features that make this map unique are the two mechanical doors located on both A and B sites. These doors can be controlled with a remote switch but can also be broken with ease by shooting at them or stabbing them with a knife until they collapse.

We consider Sova as the best agent for this map as its layout complements this agent’s gameplay and recon abilities really well. As Ascent features an open skybox layout as well as a spacious bomb site, it provides plenty of space for this Initiator to line up and shoot Recon Bolt arrows.

You can also try Sova’s double shock dart lineup to gain a significant advantage over the enemy team.

Being a traditional three-lane map, Split features two bomb sites joined by a middle lane, just like in Ascent. It’s one of the most complex maps in the game as it has very tight corners and angles that somewhat limit the player’s movement.

The aim of this map is to focus more on verticality, which isn’t something you’d see in many tactical shooting games that mainly focus on Horizontal aim. The Split map features the Shinjuku location in Tokyo, Japan.

It offers certain elements that set it apart from other maps in the game, such as the in-map Ascenders that can help the player reach the highest areas around the map. In Split, there are three different types of Ascenders as follows:

The best agent for Split is Omen because of his Paranoia ability, which is a blind/flash skill capable of covering a large area. This can be especially helpful in claustrophobic maps like Split as Omen can make the most out of the wide area coverage of his skill.

Moreover, he can also make use of the elevation points to get a high-ground advantage against his enemies.

The Bind map has one of the unique layouts in the entire game as it’s the only map that doesn’t feature a middle lane. There are just two bomb sites on this map with their backs facing each other, meaning players can choose only the A-site or the B-site.

This map is set in Rabat, Morocco’s dry and sandy ruins. The elements that set this map apart are the double teleporters that can help agents travel across the map instantly. Defenders can use these teleporters to flank their enemies with ease.

Moreover, even attackers can use them to rotate faster and reposition themselves based on the bombsite they wish to target. The best agent for the Bind map is Raze because of her Double Satchels skill that allows her to fly into any bombsite almost instantly.

She’s one of the fastest duelists in the game, with a speed that even beats Jett. As the Bind map has many entryways into the bomb sites that are a little elevated, it gives the additional boost Raze requires to reach out faster and kill some enemies.

While the Bind map is considered unique not to feature a middle lane, the Haven map goes bananas with its triple bombsite layout. It’s the only map in the entire game to feature three different bomb sites accessible by the players.

Unlike other maps, this additional bombsite calls for various strategies that may not work on the conventional two bombsite layouts. The map is themed at Thimphu, Bhutan, and serves as a Radianite Storage Facility for the Kingdom Corporation.

In addition to a third bombsite, another feature that sets this map apart is a set of destructible doors covering the garage. The additional bombsite brings both advantages and disadvantages for the players as defenders will now have to hold more bombsites than usual.

Moreover, they will also be forced to split from their team to guard the various bomb sites on the map, making them prone to team attacks. However, an advantage it adds is that defenders can use the various open lanes to flank the attacking teams after they’ve settled.

The most prominent player for Haven is Cypher, who can both attack and defend based on the situation. In terms of Defense, Cypher can check for flanks using his camera while using his traps to block access to the other lanes that the enemy can use to flank.

For attack, Cypher can use his smoke and camera to access the contested land and flank the enemy team. In both ways, the set of skills possessed by Cypher makes him fit the bill for the Haven map.

Icebox used to be one of the most hated maps in the VALORANT meta because of its exceptionally difficult premises. The map features unusually long sightlines in addition to a large number of vertical angles that make it hard for players to play on this map.

While most tactical shooting games only provide minimal elevation changes throughout the map, Icebox is an exception. This is especially even harder for players who used to play CS: GO, as they may be more used to vertical angles.

The premises of Icebox are set in Bennett Island, Sakha, Russia. The elements that make it unique include horizontal ascenders that connect the attacker and defender nest to the A-site. Each nest in the A-site also has Horizontal ascenders and a rope for B-site’s only nest.

Sage is considered to be the most effective agent for this map as her Sage Wall can be used straight to shove the B-kitchen’s tube. It’s an exceptionally powerful deterrent for the attacker to push along the middle lane.

Once the attacker gains control over the Kitchen and Orange, it can be considered game over as the defenders can no longer rotate to B-site for safety. Sage’s wall on B-Default covers certain crucial angles at the Middle and Orange that will facilitate your team’s success.

Being the largest map in the entire game in terms of width and sightlines, Breeze features sheer-sized bomb sites that prevent a lot of agents from covering the crucial angles that they would normally secure in a comparatively smaller map.

It’s located on an island set somewhere in the Atlantic Ocean and features various dynamic elements such as a one-way chute, rope ascenders, and non-destructible mechanical doors. Each of these elements can be found at the A-halls on the map.

Viper is considered one of the best agents for the Breeze map because of several different reasons. She has a Toxic Wall that can cover a large area within the map and block the enemy’s vision towards a specific part of the bomb site.

Additionally, the map’s open skybox allows her to use the Snake Bite ability for action post the plantation. Even her ultimate ability covers a lot of ground that can be particularly helpful in the vast areas of the map.

Fracture is the latest addition to the various maps in VALORANT that are filled with a lot of lore. By far, it also has one of the most creative layouts, set in the Santa Fe area of New Mexico, USA. The map is split into the Alpha Sector and the Omega Sector.

The dynamic elements of this map are double zip lines that span throughout the map and help the agents travel from one side of the map to the other easily. Using this layout, attackers can flank a bombsite straight from the beginning of the game.

As the bomb sites in this map are quite small, Breach is considered to be the perfect agent for it. His abilities cover areas as large as the bomb sites themselves, and the flash ability he carries can be a great tool to attack the enemy.

His ultimate ability can cover the entire bombsite while also stunning enemies, making him perfect for a map like Fracture.

As most of the agents in VALORANT are purpose-built, it’s evident that some will excel greatly in particular maps than others. However, the difference is not very vast, and there’s only a slight advantage of choosing an agent that best suits a map.

There’s still a lot more to consider than just the map-agent synergy in the game. Communication and teamwork are equally important to make the most out of your agents and take the winning glory in VALORANT. 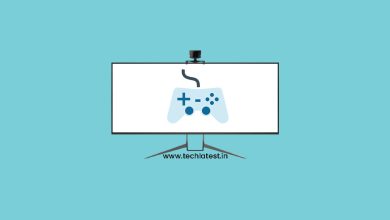 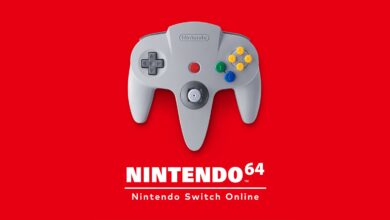 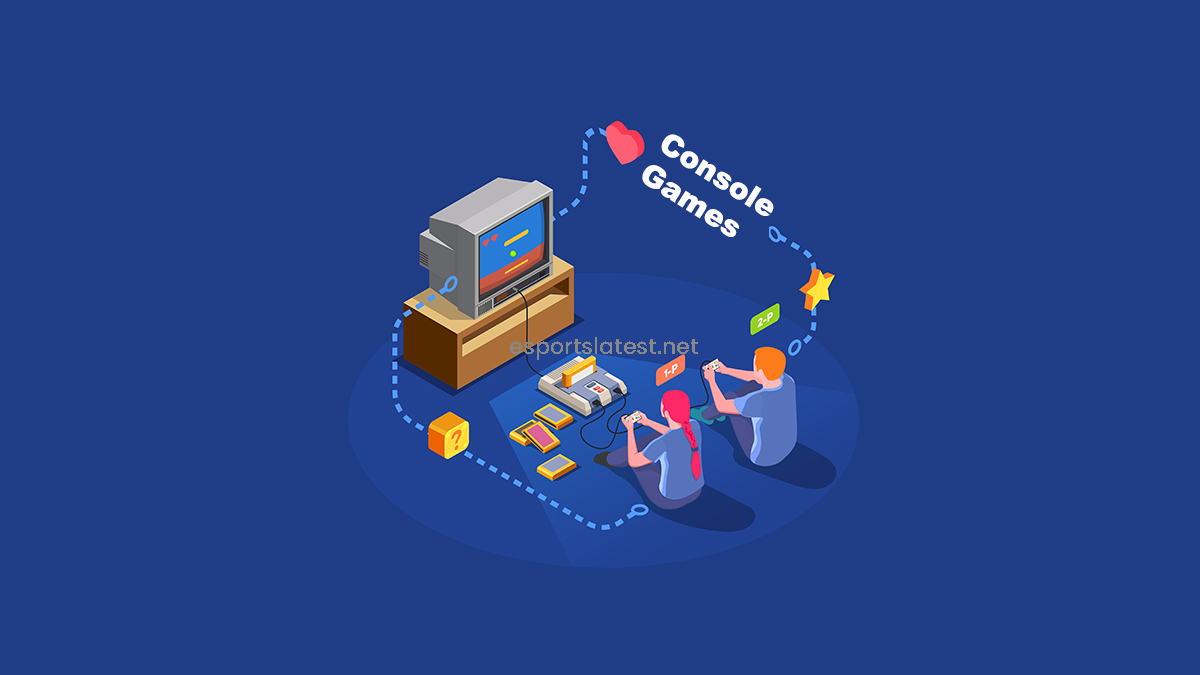