Among all the various elements and materials in Minecraft. Lava in Minecraft is one of the oldest to be added in the game – way before even pigs, chickens, and even zombies. This volcanic fluid mostly appears underground and offers more than what meets the eye.

It’s also one of the most feared elements in the game that can kill you in an instant while exploring caves or nether, and is also a key element to accessing the different worlds in the game. The lava is also ideal for forging and conducting several other things in Minecraft.

As it is also a fluid block like water, the lava tends to flow and spread out until it is thin enough not to flow anymore. However, it doesn’t disappear when blocking the source block where it starts to flow from, unlike water in Minecraft.

If you have been playing Minecraft for a while, you may already know that it is possible to create an infinite water source in Minecraft, but does it stands true for Lava too? Well, let’s find out through the medium of this blog post.

Infinite Source of Lava in Minecraft – Is It Even Possible?

Fortunately, just like water, it is possible to create an infinite source of lava in Minecraft. Although the process is relatively simple to do so, the output is minimal, and you have to set up a complete farm to be able to do it on a scale.

It’s as easy as collecting the required items and crafting the necessary resources. Additionally, you can also use commands and cheats to gain an infinite source of lava almost immediately in the game, but it won’t be applicable if you are playing the game in survival mode with no cheats.

Regardless, we’ll be exploring all the different ways to gain a limitless supply of lava in the game for both survival and creative modes.

To begin with the process, you will have to gather certain items in the game, such as:

Iron Ingots can be gathered by smelting iron in a furnace. To find the required iron, you have to dig down on the land until you make it past the dirt and find cobblestone. Don’t stop digging and make your way down past the cobblestone.

Once you have reached deep enough, you have to start digging horizontally instead of vertically. Also, make sure you have ample ladders and torches to make your way out of the mine with ease. Eventually, you will strike a point where you will find the iron ores.

After finding the iron ore, you have to break it with the help of a stone pickaxe. Make sure that you do not use wooden tools, as they will not yield anything, and all your efforts will go in vain. You can also save yourself from hours of digging by locating a naturally-occurring cave instead.

However, while exploring such caves, you have to be careful about where you step as there might be various hostile mobs and lava pools underneath. Once you have mined enough iron, you have to put them into a furnace and turn them into Iron Ingots.

Alternatively, you can also find ready-made iron ingots in dungeons, temples, and stronghold chests. Sometimes, even zombies and husks drop iron ingots or items made with iron. You can even kill an iron golem to receive 3-5 iron ingots when they die.

Cobblestone is one such item in Minecraft that cannot be crafted with a crafting table or a furnace. Instead, you will have to roam around the world and gather this item in the game. This can be done by finding a block of stone to dig up in the generated world.

Once you find a block of stone, use a pickaxe to dig it up. Make sure you do not use your bare hands to dig up the stone as it is not only time-consuming, but also the cobblestone will not appear that way, and you won’t be able to add it to your inventory.

After breaking the stone block completely, the cobblestone block will appear floating on the ground, so make sure you pick it up before it despawns from the world. After picking it up, the item will be available in your inventory to use.

In the Caves and Cliffs update of Minecraft, Pointed Dripstones are the blocks that produce the stalagmites and stalactites in the caves. In addition to making the undergrounds more visually appealing, they also have plenty of practical uses in the game.

To find the pointed dripstone naturally occurring in the game, all you have to do is navigate to the locations where it grows and mines it using a pickaxe. Dripstones can be normally found in Dripstone Cave biomes, which were added to the game as a part of the second Caves and Cliffs update.

Sometimes, they can also be found in regular caves, but the chances of their occurrence are less there. Moreover, you can also trade for dripstones from a villager if you have a sufficient amount of emeralds available at your disposal.

Luckily, if you manage to get a few of these dripstones, you can grow more of them on your own by pointing them upside down on another dripstone block. The dripstone block itself is a naturally occurring substance that can also be crafted using four pointed dripstones.

As time goes by in-game, the pointed dripstone will grow longer in the game and can be harvested as well. It’s recommended to farm them at your base to stay safe from the creatures lurking in the dark caves.

After finding a steady source of lava, all you have to do is select the bucket in your Hotbar so your player can hold it in your hands. Then, stand in front of the lava and click on it to collect it in the bucket that you are holding.

Once you have acquired all the necessary materials, as stated above, you can proceed with building the farm to gain an infinite supply of lava in the game. Follow the steps given below to make the farm:

With time, the cauldron you placed below the dripstone will fill with lava through the drops it receives from the dripstone, which means now you no longer have to roam here and there, exploring lava pools to gather it.

Using Nether Portal To Get Unrestricted Supply of Lava in Minecraft

If you have been playing Minecraft for a while and have accessed nether at least once, you may already know that it’s almost covered entirely with lava, just as the overworld is covered with water. This means that if you access the Nether, you instantly gain access to infinite lava.

However, you have to be careful as the Nether is a very dangerous place that consists of a lot of hellish creatures that can kill you in a snap. If you’re someone who loves to take on adventures, this method certainly fits the bill for you.

Now, all you have to do is walk or jump through the purple area to transport to the nether. You can use the same portal in the nether to travel your way back to the overworld. However, ensure you do not destroy it, as making another portal will spawn you elsewhere.

Cheats and Commands To Get Infinite Lava in Minecraft

So far, we’ve looked at certain ways to gain an infinite supply of lava in the survival mode without using any cheats or commands. However, if all you’re looking for is loads of lava without worrying about cheating, then you can consider using commands for the same.

To do this, load your world and wait until you spawn, then hit the “T” key on your keyboard to access the chat area at the bottom end of the screen. On the chat box, write the following command to get a lava bucket:

Using this command will provide you with 64 lava buckets. However, as this item is not stackable, your entire inventory will be filled with these lava buckets placed individually; you can store them in a chest for later use.

How is Lava Useful in Minecraft?

Lava acts as a very efficient source of fuel in Minecraft. As compared to a coal block, lava has a burning value of 1000, which is by far the longest in the game. You can also use lava during combats by storing it in a bucket and throwing it when necessary.

How Do You Use Lava As A Fuel in Minecraft?

You can use the lava to power your furnace and smelt your desired items with it. To do this, you just have to put a bucket of lava in the power slot of your furnace along with the material that you want to smelt in the other slot.

What Can I Do With A Lava Bucket?

There are various things that you can do with a lava bucket. You can place the lava inside the bucket on a water source to turn it into obsidian. Additionally, you can also use it to spread lava sources to your enemy.

Building an infinite lava source is a fun and simple activity. The supplies needed are easy to find, and minimal tools are required. With the infinite source of lava you gained through this tutorial, you can do many things you couldn’t imagine before. 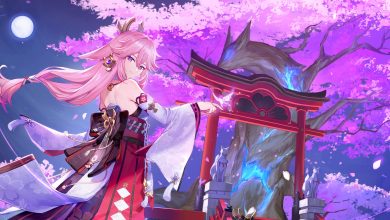 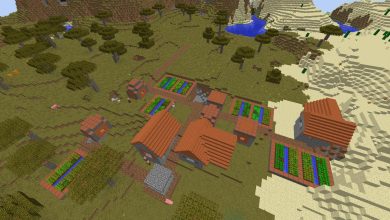 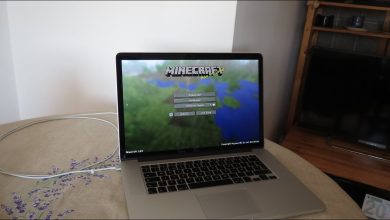 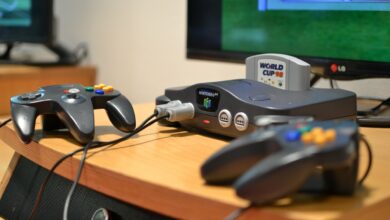