Would you love to fight against enemies and protect your empire? Or would you prefer to be a villain and tear down kingdoms?

You will get a brilliant combination of action, survival, roleplay, and story in one game. We have covered you all if you are looking for the best tower defense games!

Finding tower defense games that are worth your time and effort and would never disappoint you are tough! We have carefully selected the worth-playing ones in the category!

How about tuning into a 3D tower-defense game?

As impressive as it sounds, the three-dimensional aspect of Bloons TD 6 is its most striking feature!

Bloons have always been evergreen when it comes to strategic games. TD 6 brings the Bloons back with a bang. Plan an ideal defensive strategy for uninterrupted gameplay. Experience every aspect from the core, as the 3D mode lets you witness that.

The Bloons are back and better than ever! Whether monkey towers, heroes, proactive abilities, or updates, attack every Bloon who pokes their nose. But what makes it different from the Bloons?

You get an advanced gaming edge with incredible and robust monkey animations, several unique skins, and top-notch quality graphics. Further, you will never be too much of balloons as the 44 original maps will never bore you. Besides, 3D objects add another challenging aspect to it.

Be ready to welcome Alchemist and Druid-the official dudes, to the monkeys’ group. With 21 robust monkey towers, you can choose to play the way you love the most.

Moreover, a friendly GUI makes it a must-play for all age groups. You can hunt this game to play on PlayStore, App Store, and even on Steam.

Amidst modern aesthetics and minimalistic graphics, playing a tower defense game and battling against greedy opponents?

If that sounds impressive, then the Kingdom: Two Crowns is a must-check under your list!

Though minimalistic, the trendiest pixel art aesthetics and excellent gameplay enhance your experience and feel of the game. All you have to do is jump in and roleplay as a king or queen. Further, plan, battle, and defend to let your kingdom thrive against the odds.

One of the most astonishing tricks is adding loyal members to your crew. For that, share some gold with them and witness your empire thriving. Greedy beasts would be hunting around to snatch coins, crowns, and other treasures in your realm.

You must save everything from them by strolling around the woods and nearby to find artifacts that will protect your kingdom. It’s the most challenging part of the game.

Two Crowns, as the name implies, two monarchs rule for one empire, and unity makes you more potent than a one-person army. Dive into ancient medieval times as its update brings newer lands into the picture. Explore each one with its variety of maps.

For the darkest kingdoms and a wild gaming experience, tune into the Dead Lands and witness a horrific action game. It’s the third part of the Kingdom game.

How about a fast yet simple and attractive battle game?

If yes, then Minion Master is something you cannot miss!

Battling seems like a tortoise game if you cannot play quickly and seamlessly. Complying with the same, the game has faster gameplay that gives you a premium battle game experience.

You can play it online, and it is a simple tower defense game. With the most popular features and stuff power-packed, gamers are crazy behind it.

All you have to do is gather a Minion squad of the mightiest swordsmen. With some Sparkling Spells, you can get into noisy yet action-packed fights and enjoy aggressive fun. Further, you have to choose a Minion Master also.

What makes it an interesting element is that you will see them unleash remarkable power at each level. Planning and stages require a central location to monitor and control.

To help yourself with it, you can conquer the bridges that will help you administer all your battles. Besides, these also help you level up faster and thus find out newer features quickly.

The most competitive part of the game is your thinking power. Apart from perfect planning and strategy, you should be quick with your plans and actions. The downside of Minions is that they attack the enemies without a thought, so you have to control them wisely.

You can curate customized Minions and Spells for ideal game plans. This way, you can unleash your potential to the fullest. There are gaming modes like the Player vs. Quick Matches, Collectibles, and Rankings. It is available on Steam and Xbox platforms.

How about a Vikings-type Tower Defense game?

If you are in love with Vikings, then Bad North is an ideal choice for you!

You own an idyllic island in the game that you have to protect against Vikings. The competitive part is that you have to lead your people and simultaneously defend them too! Every island has a unique shape that sets it apart from others. Know what the island shape has in store for you.

You can put your loyals to work and instruct them about tactics, and they will take full benefit of the island shape and fight better.

You must be a rough and tough player to ace it nicely. Your subjects may lose; their blood would ooze out, and watch them suffer till death while on the battlefield. You will thus see a bloody ground where they die. This game is available on PC, Android, iOS,  Nintendo Switch, and even Xbox.

Its theme revolves around the king, who was pulled to death. The Vikings had done such a deed and wanted to vacate the island.

Different islands have their challenges that are pretty difficult to nail. The Viking invaders are cunning and will not leave any nook and corner to trick and attack.

You have to save people’s houses to save them. If any home burns, then it will affect your score. Level up your strength in stages with Easy nail up some and enjoy a hard level.

Besides, after unlocking the hard level, you can get an advanced edge and challenge yourself with a Very Hard level.

How about a survival tower defense game where you can unite with other survivors and build a more decisive influence?

If yes, then Frontline Zed has it all!

Here, you have to gather armaments within a stipulated time frame. Later, hassle in the day to fix your weapons. The striking feature is that you have to find some survivors around you, and they would support you in your venture.

By hook or crook, you have to survive till the end to keep yourself a game and turn out victorious. You can level up its difficulty by tuning into NewGame+. Here, you can play as a 2-play Coop with your buddy.

If you are hooked on some heavy violence, this one’s for you. However, intense violence, it’s not for kids. With a comprehensive range of armament, you have to survive amidst Zombie squads and experience the scariest yet most exciting game ever!

How about a tower defense game that makes your blood rush?

If that freakingly lifts your gaming mood, then Sleep Tight is something you cannot dare to miss!

The game’s plot brings alive the nostalgia of every gamer out there. It begins when you are a child, among many others.

The Sandman resides In it, and you feel trapped. All the children’s souls, including yours, would already be tattered. Soul Fragments is the only rescue to mend it.

However, here’s when the battle begins. Meanwhile, Sandman will be in a full zeal to haunt all the children so that you would be no different. During this, he would leave no stone unturned to grab your existing soul pieces.

There are two approaches to winning against him enthusiastically. You can either play in teams or be opponents to other team members. Sandman’s defeat is your ultimate goal.

When Sandman dies, all the children turn out victorious. However, if you are the one who is the sole child to wake up from the nightmare trap, then you are the ultimate winner.

In such a scenario, all other children or players would remain captured in the nightmare. The sad part is then the children would be Sandman’s treat. It’s all about teamwork, battling, and fighting through gorge nightmares.

In this arcade game, you must build an unbeatable pillow fort in the daylight. However, you will have to protect your bedroom every night against the odds.

How about an alien gameplay tower defense?

If yes, then X-Morph Defense is a must-check out here!

All you have to do is gear up for a war, select some alien towers, and be in the middle of a deadly war. Some astounding ideas involve creating a crossword in an environment with no restrictions.

You have to have an aggressive, rough-hearted personality. You will have to destroy buildings and break down bridges to become mightier than your enemy.

To give you an extra edge, you will have a wide array of alien armaments; thus, this game is unique. It has Tower Defense, Human Mecha, Co-op, Shooter, Story Campaign, Destructible, and Split Screen modes.

How about struggling for life amongst someone thirsty for your blood?

If yes, nothing can be better than Zombie Builder Defense- a brilliant tower defense game!

Zombies are wild and have a thirst to gulp out your blood. Surviving here becomes complicated as you will have a constant struggle for life. You can create a squad with your friends.

The game is about how long you can protect yourself and survive. Zombies here will be never-ending so never think it is everyone’s cup of tea.

You can choose to die solo or in squads. Ultimately, it’s about whether you would break as a one-person army or unite as a team till death.

With plenty of weapons and turrets, you can support your survival a bit. Do you think you would not die like others in such a brutal battle? Well, that isn’t easy, but you can test yourself!

How about a Sci-Fi tower defense game wherein either you live or perish?

If yes, then Dig or Die is the ultimate choice for you!

It’s a Sci-Fi game and so quite interesting. You have to represent a company and trade throughout your galaxy. There’s a twist in the tool when your spaceship clashes with an enemy planet.

Being a trader of automated fabrication tools, you have to sell them to create something that would help your survival. As compromising as it sounds, it’s pretty tricky too, but the only way to flee out.

How about an Indie Tower-Defense game?

If yes, that’s something an out-of-the-box idea in this genre, then you may try Grim Nights.

On the darkest nights, you have to hunt out and collect resources that will be an aid to your village’s expansion.

You will also have to train the soldiers so that they gear up for the village’s savior. With incredible graphics, easy access, and a free-to-play game, it’s all that you need to kill time.

If you were finding some of the best Tower Defense Games, you would have found your perfect game! I love Sleep Tight’s immersive gaming experience in a different world and its extraordinary plot. Some other exceptional games include Zombie Builder Defense, Bloons TD 6, and Kingdom: Two Crowns. 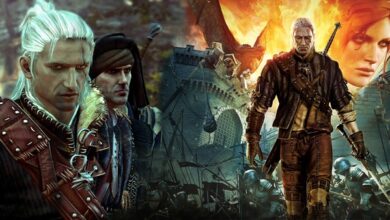 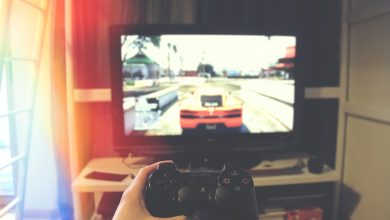 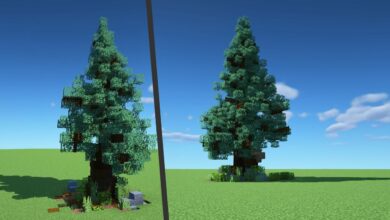