Are you looking for some new game options to spend some good time with your friends online?

If yes, you must try IO games to spend your time without downloading or purchasing anything yet a classical experience, then .io games (Indian Ocean) is something on which you can rely!

These games are available to play on various devices, from low-speed machines to your latest gaming PCs online.

The games are designed to give you a fun experience for a short time and keep you engaged.

Additionally, IO games are designed to be light and accessible to allow users with old hardware to play them easily.

In this article, we have brought a collection of the best io games that will give you an entertaining short-time experience.

Which are the Best IO Games?

The following are some of the best IO games that you’ll never get bored of:

It is one of the most loved multiplayer IO games out there. What makes the game interesting is the Airplane battle.

Here you are in the role of an airplane, and you’ve to fight against all your opponents, defeat all the odds for collecting maximum points. For fighting against your enemies, you will get arms and ammunition.

You are engrossed in traversing the sky and battling. When you do so, you’ll see points scattered throughout the sky as tokens; collect them whenever possible.

Collecting every token will contribute 10 points to your total score. Thus, it’s an effective strategy to reach the top of the leaderboard. Though it’s casual gameplay, it does have a lot of play styles in its style-suite available.

One of the best IO games that you will love if you’re fond of aquatic gaming. This is because here, you’re in the role of a fish.

Your motive here is nothing but survival. For the same, you have to gulp down your enemies.

For gaining strength, you can rely upon smaller fish of the water source and gulp them down. Again it also helps in survival.

Are you a fan of shooting games like Free Fire, Call of Duty, or anything else, then you will surely love the game? Gats.io is a minimalist shooting game. Yes, you guessed it right; it has the multiplayer option as well.

Though an IO shooter game, you might feel it of not that much exciting, it is! Though minimalist, it gives the most incredible shooting experience.

You’ve to select from a variety of arms and ammunition to survive in the terrific deathmatch. Though a IO yet, it’s enough to keep you engaged and entertained throughout the gameplay.

Moreover, you can also engross your mind in critical thinking like Free Fire games.

Are you someone who’s in love with Astrophysics, Rocket Sciences, and much more? If yes, then you would be someone who loves black holes.

The concept of a parallel universe that’s beyond the scope of any textbook, again, but a black hole is a part of it. Hole-io.com is engaging gaming where you have to play the role of a black hole.

Yes, you heard that right, so if you choose to play it, then you would portray the role of a black hole. You have to engulf everything that crosses your path, yes, something that black holes do!

Be it cars, houses, trees, or other objects, you stick to your motive. The game is the most popular, and the best IO game is unique.

The gameplay is set up in a three-dimensional era, and it’s something out of the box. So, do play it!

Mope, a bizarre-sounding IO game, but it’s not. If you love wildlife, then it’s mainly of interest. It revolves around hunting animals.

But, the challenging part is to defend yourself and stay alive while trying to hunt. However, you won’t be a hunter; you’ll be a part of nature’s food chain.

Well, I mean that you will play the role of an animal. Your gameplay will begin as the creature that you select.

Another challenging part is that no matter whichever animal you choose, you’ll play the game as the lowest creature of the food chain.

Yes, it’s to make the game interesting for you! You have to get rid of other opponents and eat them alive. Also, track the different monsters crossing your path across the game.

Also, make sure not to eat any animal that would have a red outline; else, you would be more vulnerable to being eaten up.

As you keep yourself alive throughout the game and collect the monsters in the game, you’ll grow bigger and stronger.

If you’re fond of similar games like Fortnite, then playing this one would be an incredible experience for you.

The game follows a top-down approach and where you would play in groups and fight in the battles. Search for arms and ammunition and enhance your gameplay experience that’s mandatory for survival.

It has a comprehensive range of arms and ammunition, including rifles, shotguns rifles, pistols, and much more available here. Being a minimalist game, it does not have much to offer, yet the IO gamers live it.

Being an IO game, you cannot imagine it as a game as it’s casual with minimalistic graphics, yet it’s an intriguing gameplay experience that makes you addicted to itself.

Here several players have to team up to work on an art project. It helps several players or users to work creatively in a friendly-work environment yet have the most incredible experience.

Might you still be confused about it? It is called IO games but is instead a tool that you can use for photo and video editing.

Though photoshop software like Adobe, Canva, Corel are irreplaceable, it’s a beautiful tool to waste your time now! Moreover, teaming up with others gives a unique social experience.

“Paper,” as the name says, the game revolves only around the paper. You have to build a kingdom out of paper.

Your motive is to occupy the maximum possible space for your kingdom even when entering your opponent’s incomplete areas.

The game is attractive in all its graphics and concept. The game is not violent but a simple, intuitive experience.

Something in action, yes, it’s a minimalist action game with 3-D graphics for a classical gaming experience.

Here you have a diverse playstyle suite for the best gaming experience and even a variety of bots.

Though minimalist IO yet, it has much to offer than other games. So, if you want a break from your regular IO games, then this is something g you could choose.

Superhex.io is much similar to Paper.io, yet it differs in several aspects. Here you have to accumulate as more expansive territory as you can.

Besides, you have to mark them to protect them from thefts. Here, your movements are possible only in assigned areas, yet you can move across more expansive spaces.

Are you someone who craves Tetris games, however, land on playing the Tetris Android games that don’t give the classic feel that you miss?

If yes, then Tetr.io is something that would take you back to the good old days back in time. It’s a multiplayer game where you have to compete against your opponents.

You have to collect the block to gain the maximum of the free space in the given time limit. The person with a higher score wins.

Being an IO game, it is a simple and aesthetically pleasing game. If you wish to go slower, then play in Marathon mode.

So, what are enough waiting for in your free time? Just grab your phone or other devices and play Tetr.io for the classic Nintendo Console gaming experience!

The good old childhood days are something that we all live, but also something where we can’t time travel! It’s a game if you are someone of the kind.

You must have played the game Pictionary in your childhood. If yes, then it’s an online Pictionary game. It’s a multiplayer game where one player will be given an opportunity of three words.

From that, they have to select one and draw it. The rest of the players have to do the guessing part. For guessing, you will get a chatbox to send your answers.

However, other players will not be able to see the answer. It is one of the most exciting games out there, besides it depends on your imagination and the other player’s creativity that decides the winner. It is a simple, creative, and enjoyable gaming experience.

“Deeeep” as the word says, gives an aesthetic pleasure yet sounds calm and exciting at the same time. Something serene is what you would expect!

Well, this IO game is interesting if you love exploring underwaters. You will be a clownfish in the game, and you have to hide in the sea anemones protecting yourself from any harm.

You can swap yourself at some given moments and explore the deepest parts of the underwater world.

If you are not a fan of some action, fantasy, adventure, or sports, but some simply amazing games, then card games are something that takes you down the memory lanes.

Be it Rummy Teen Patti or Poker, and you must have played something in your childhood. For the same, cardgames.io is a classical gaming experience. Be it card games or board games, and it has them all to kill your time.

The most significant relaxing part is playing against a computer and not against any human opponent. Being an IO game, you care that you play with pleasure and not with a competitive spirit.

Therefore, it does not track your progress, or you do not have to deal with login issues. Take a break amidst your hectic schedule and chill with these games.

How about the classic fantasy concepts of zombies starving for blood? Or the perfect experience of watching the first installment of Resident Evil? Are you someone whos fond of these concepts or movies?

If yes, Zombs.io is a game that would kill your time in an Iconic gameplay suite.

Create a space that would protect you from zombies but remember, as the game progresses, the power of Zombies would increase, and they would increase in size.

Like most other IO games, the Zombs.io is a multiplayer online game where you can even team up with other players for the perfect gaming experience.

So what are you waiting for? Do you want to replay the Zombie concepts and have a real-time yet causal experience, then, Zombs.io is the perfect experience!

Summing up, we have reached the end of this article. We hope you would have got to know about the best IO games to play for an entertaining experience. Let’s take a quick recap.

IO games are known for their addictiveness, simplicity, and fun concepts that allow users. You can play both single-player and multiplayer games that you can play and enjoy while you have nothing to do.

We hope you have got some good suggestions for gaming, and keep visiting us for more latest updates and guides on IO games. And that is all you need to know. 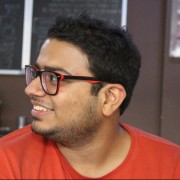 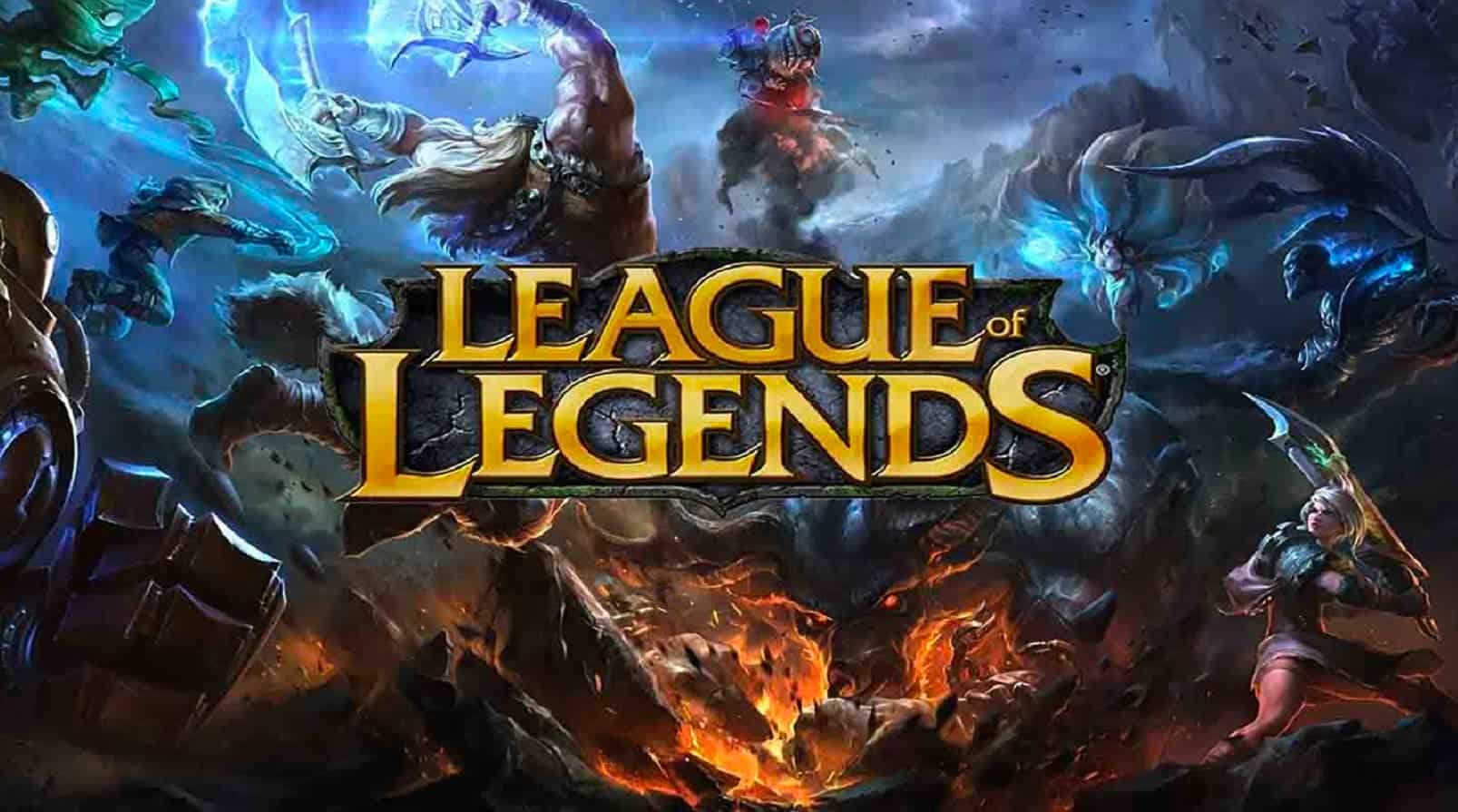 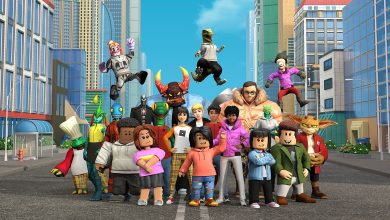 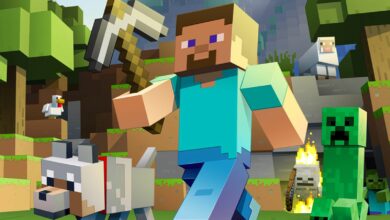 Everything You Need to Know About a Lectern in Minecraft